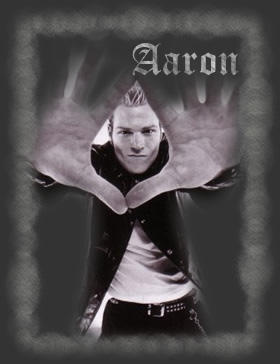 Aaron was Good Charlotte's original drummer, and played on the band's first self-titled album. Aaron left GC in 2002 before The Young and the Hopeless was recorded to join Wakefield, a pop-punk band fronted by his younger brother Ryan. Wakefield has not had much commercial success as of yet, but they have contributed songs to several movie soundtracks and toured with bands including the All-American Rejects.